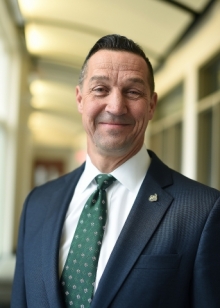 John Bogdan, a retired U.S. Army colonel, most recently served as the chief of police and chief of operations for Forces Command, headquartered at Fort Bragg, North Carolina. In this role, he was responsible for physical and operational security, force protection and antiterrorism capabilities for 11 major army installations in the United States. During his time at Fort Bragg, he also led the crisis action team in planning and executing its response to Hurricane Matthew.

At UNC Charlotte, Bogdan is responsible for the coordination and oversight of the plans and programs that... 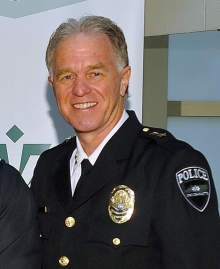 Chief Baker joined the UNC Charlotte team in 2009 after spending twenty-eight (28) years as a member of the Charlotte-Mecklenburg Police Department (CMPD) serving many diverse assignments prior to retirement.  Baker earned his BS Degree from Gardner-Webb University as well as an Associate’s Degree from Central Piedmont Community College.

Read More about Jeffrey A. Baker 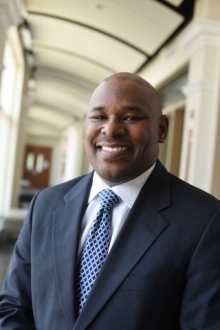 Darius Griffin has been with the University since 2001 and has served as the Director of Environmental, Health and Safety since 2008.  As the longest tenured employee of Safety & Security, he supports the University’s mission of teaching, research and service by providing strategic leadership for a campus-wide environmental, health and safety program.  Darius  has oversight responsibility for campus compliance with applicable environmental, health and safety laws and regulations.  Darius earned his Bachelor of Sciences degree in Occupational Safety and Health from... 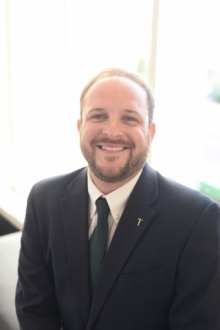 Bronwyn became the Executive Assistant for Safety and Security in July 2019. Previously she was Administrative Assistant in the Department of Art & Art History at UNC Charlotte since 2014.  In her current role, Bronwyn manages the day-to-day operations of the department; works closely with the Associate Vice Chancellor for Safety and Security, John Bogdan; and handles fiscal operations for the four departments within Safety & Security (Office of Emergency Management, Environmental Health and Safety, Police and Public Safety,...